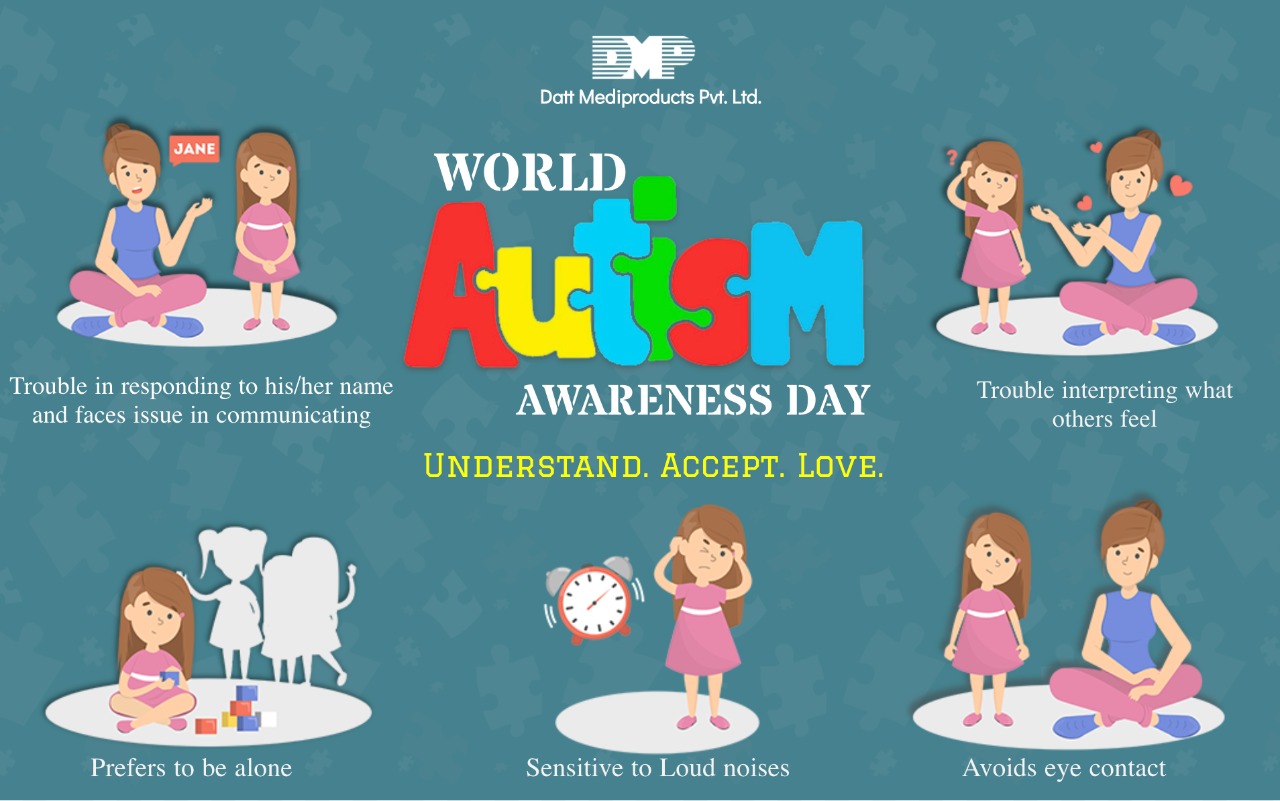 Autism is a developmental disorder which affects a person’s ability to socialize, communicate and behave. Traditionally, autism was thought to be a psychological or a behavioural disorder but today there is a lot of evidence validating it to be primarily a “neuro-biological” disorder”.

As per a guide created by the American Psychiatric Association, “Diagnostic and Statistical Manual of Mental Disorders (DSM-5)”, people suffering from autism have the following main characteristics:

– Difficulty communicating and interacting with other people

– Symptoms affecting a person’s ability to function properly in school, work, and other functional areas of life

Nowadays, Autism is being referred to as “Autism Spectrum Disorder” (ASD) because there is a variety in its characteristic symptoms. The type and the severity of the symptoms experienced by different people vary on a wider scale.

Autism is called a spectrum disorder by virtue of a broad range of characteristics with problems in the social skills, repetitive behaviour, speech and nonverbal communication of a person.

– According to a study “Neurodevelopmental disorders in children aged 2-9 years: Population-based burden estimates across five regions in India” published in PLoS Medicine 2018 Jul 24, “About 1 in 100 children in India under age 10 has autism, and nearly 1 in 8 has at least one neurodevelopmental condition.”

– As per the Autism Society of America, Autism is four times more prevalent in boys than girls in the US.

Do You Know? World Autism Awareness Day is observed every year on 2nd April to increase public awareness about Autism.

Although its symptoms can be diagnosed at any stage of life, Autism is basically a developmental disorder and the symptoms usually appear in the first two years of a person’s life. There is no genetic or neurological or chemical test to identify Autism and its diagnosis is only done on the basis of behavioural observation.

In autism, there are three areas of development significantly affected, known as the “Triad of Impairments”. These areas are 1) Social Development, 2) Communication, and 3) Repeated Behaviours & Restricted Interests and the symptoms are also related to these.

As per the CDC, children and adult with Autism Spectrum Disorder (ASD) might:

– not look at objects when another person points at them

– prefer not to be held or cuddled, or might cuddle only when they want to

– appear to be unaware when people talk to them, but respond to other sounds

– be very interested in people, but not know how to talk, play, or relate to them

– have trouble expressing their needs using typical words or motions

– not play “pretend” games (for example, not pretend to “feed” a doll)

– repeat actions over and over again

– have trouble adapting when a routine change

– have unusual reactions to the way things smell, taste, look, feel, or sound

– lose skills they once had (for example, stop saying words they were using)

It is important to understand that all people with ASD will not show all these symptoms, but most will show several.

There is no specific cure for Autism but early treatment interventions can improve a child’s development. The treatment includes therapies to help the child talk, walk, and interact with others, basically learn important skills.

We @ Datt Mediproducts understand that early intervention services can greatly improve an autistic child’s development. Therefore, we recommend contacting a specialist, whether a Developmental Paediatrician, a Child Neurologist, a Child Psychologist or a Psychiatrist, if you think that your child may have this disorder or if you see any problem in the way your child plays, learns, speaks, or acts.

An Early Intervention Can Change a Life!