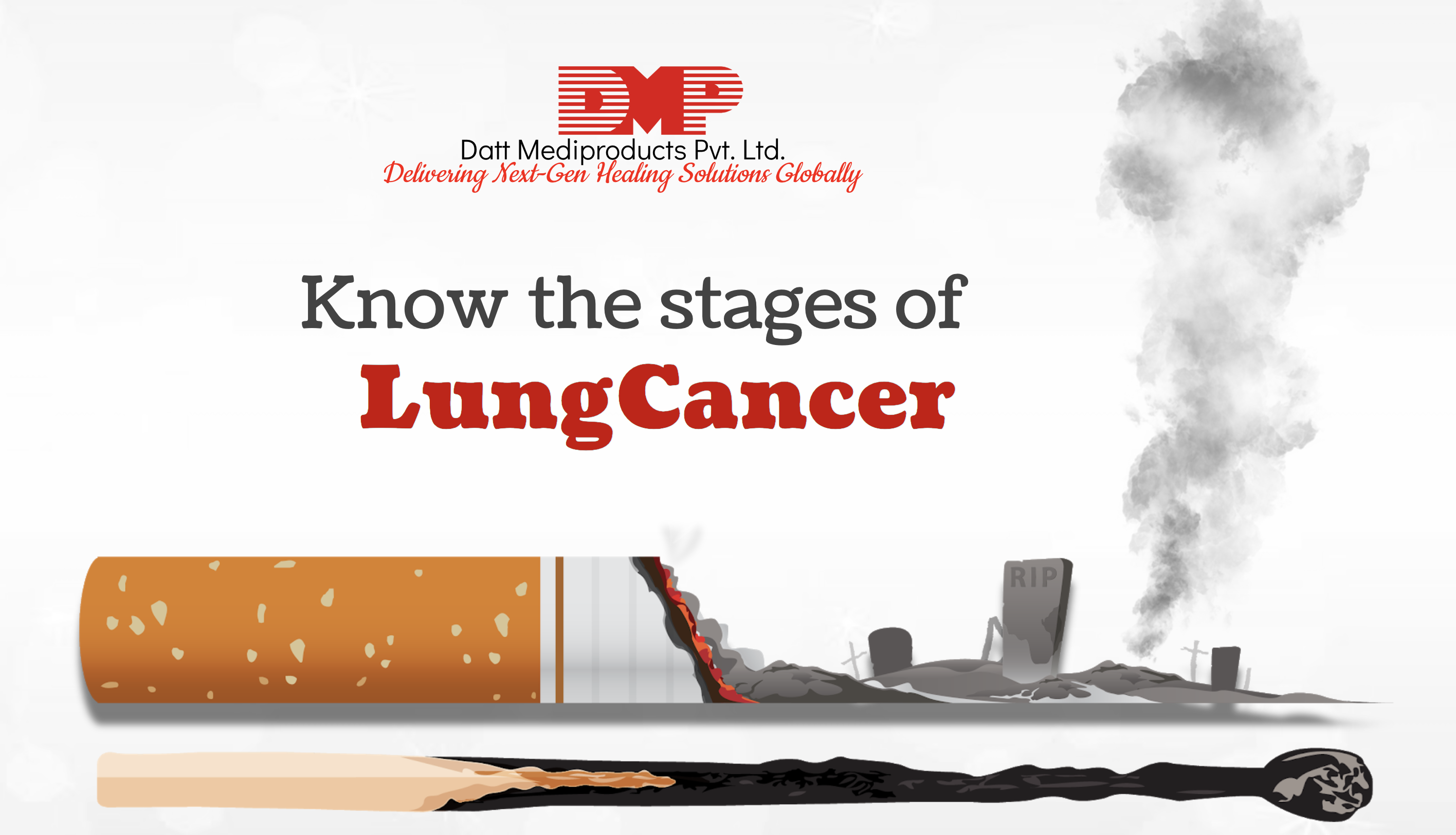 Do you know that despite the advancements in the treatment options, lung cancer remains the leading cause of cancer deaths worldwide for men and the second leading cause for women?

In developed nations, lung cancer is the most common cause of cancer death among women (210,000 deaths) followed by breast cancer (198,000 deaths).

In our last blog, we discussed the 2 types of lung cancer, its complications, risk factors and how to reduce them.

In this blog, we have tried to cover the various stages of Non-small cell lung cancer (NSCLC), which contributes to 85% of the lung cancer types, the various diagnostic methods, and the available treatment options.

Following are the 4 different stages of non-squamous cell lung cancer:

SCLC Spreads in 2 main stages. In the “limited stage”, cancer is confined to one side of the chest, including one part of the lung and nearby lymph nodes. In the “extensive stage”, cancer cells spread to other parts of the body and the chest.

Diagnosis:
Diagnosis plays an important role, as patient outcomes can improve if the disease is diagnosed at an early stage. However, it is difficult to identify lung cancer at early stages because its symptoms may overlap with those of respiratory infection.

After a physical examination, the doctor may recommend the following diagnostic tests:

IMAGING TESTS which help to identify any abnormal growth of cells. These may include X-ray, MRI, CT, and PET scans.
SPUTUM CYTOLOGY, a microscopic examination can help to determine the presence of cancer cells. This may be done if you produce phlegm on coughing.
BIOPSY may be done to determine if the abnormal growth is cancerous. If the pathological analysis comes positive, further testing such as a bone scan can be done to identify if cancer has spread or not and its stage.

SURGICAL METHODS include removing lung cancer and a margin of healthy tissue. Surgery is an option you need for stage 1 NSCLC.

Chemotherapy is often used post surgery to destroy any remaining cancer cells or in patients who are at a high risk of recurrence. Its usually recommended for stage 2 NSCLC and in combination with surgery and radiation therapy in stage 3 NSCLC.

– It is difficult to control stage 4 NSCLC as the cancer cells have spread enough. Treatment may include surgery, radiation, chemotherapy, targeted therapy, and immunotherapy or a combination of these.

– In more advanced stages, where some patients choose not to continue the treatment, palliative care may still help to relieve the cancer symptoms rather than treating cancer itself.

We @DattMediproducts understand that there are no obvious symptoms of the disease at early stages and the diagnosis comes into picture only once cancer has spread.

However, there are ways in which we can reduce the risk. You can follow our previous blog to know more about the complications, risks and how to reduce them.