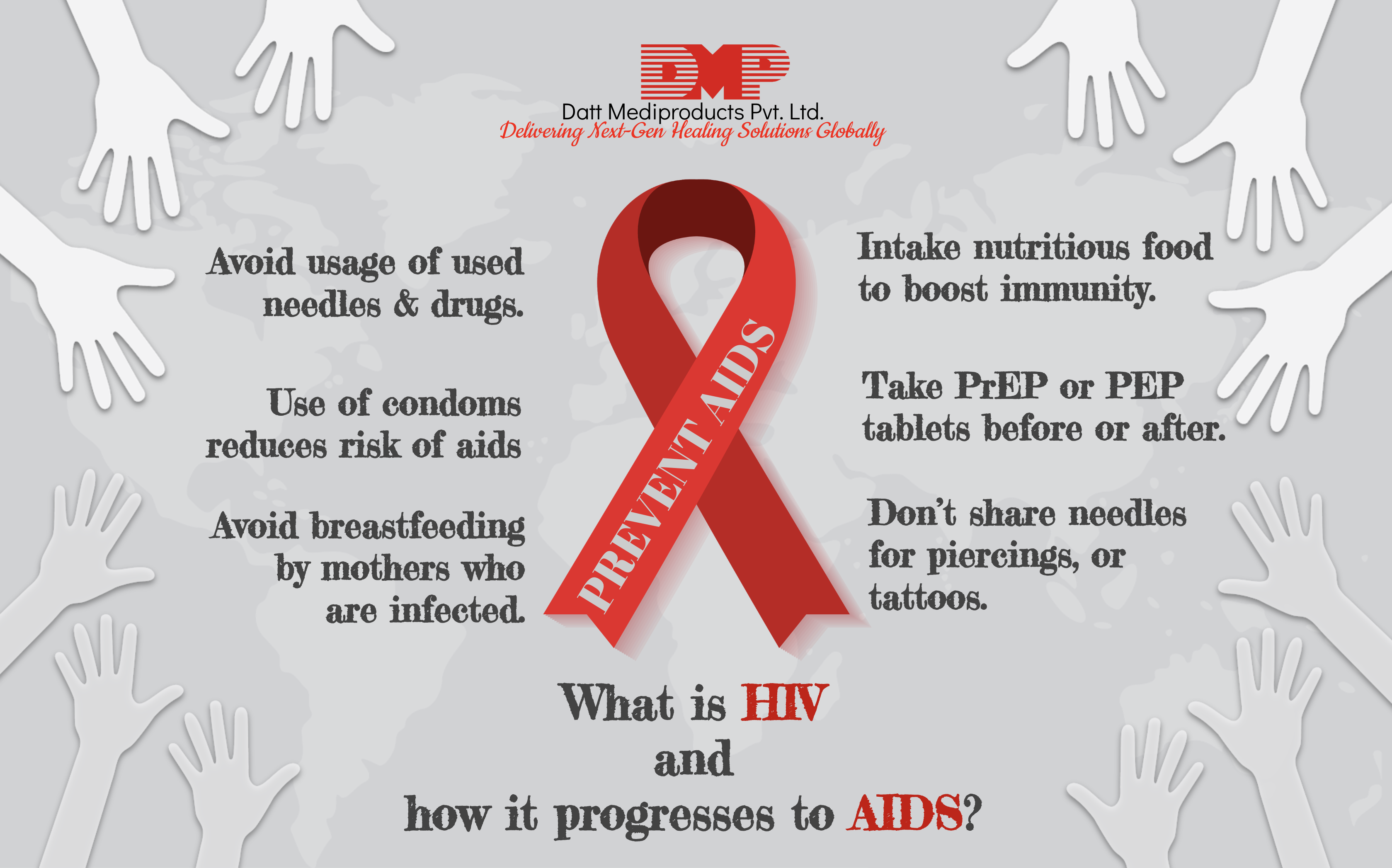 HIV is a virus that causes damage to the immune system by destroying the white blood cells in the body. First identified in the year 1981, Human Immunodeficiency Virus (HIV) interferes with the body’s ability to fight against disease-causing microorganisms. It destroys CD4 cells (a type of T-helper cells that move around the body & detect anomalies & infections), makes copies of itself and weakens an individual’s immune system.

When CD4 counts drop below 200 it is an indication of serious immune damage and a person is diagnosed with AIDS. The normal range for CD4 cells is about 500-1500.

AIDS stands for Acquired Immune Deficiency Syndrome and is the most advanced stage of HIV infection. AIDS is the set of symptoms caused by infection from a virus, known as HIV.

HIV contraction leads to AIDS but it doesn’t mean that all individuals with HIV infection will develop AIDS. HIV progression varies from individual to individual. Although there is no cure for HIV, medications may help to slow its progression.

Do You Know?
World AIDS Day was observed on 1st December 1988 for the first time with the theme “Join the Worldwide Effort”. This date was designated by WHO and supported by the United Nations.

How HIV do and doesn’t Transmit?

1. HIV is a sexually transmitted infection (STI). It transmits through body fluids including infected blood, semen, vaginal & rectal fluids and from mother to child during pregnancy, birth or even breastfeeding.

There is no vaccine to prevent HIV transmission but the risk of contracting the infection can be lowered by taking certain steps:

We @ Datt Mediproducts understand that there is no cure of HIV, but with treatment it can be controlled and the progression can slow down. We recommend getting tested for HIV regularly so that you can get the antiretroviral treatment when you need it. If people with HIV take ART as prescribed, their viral load can become undetectable. By following the preventive measures, one can live a healthy and long life.