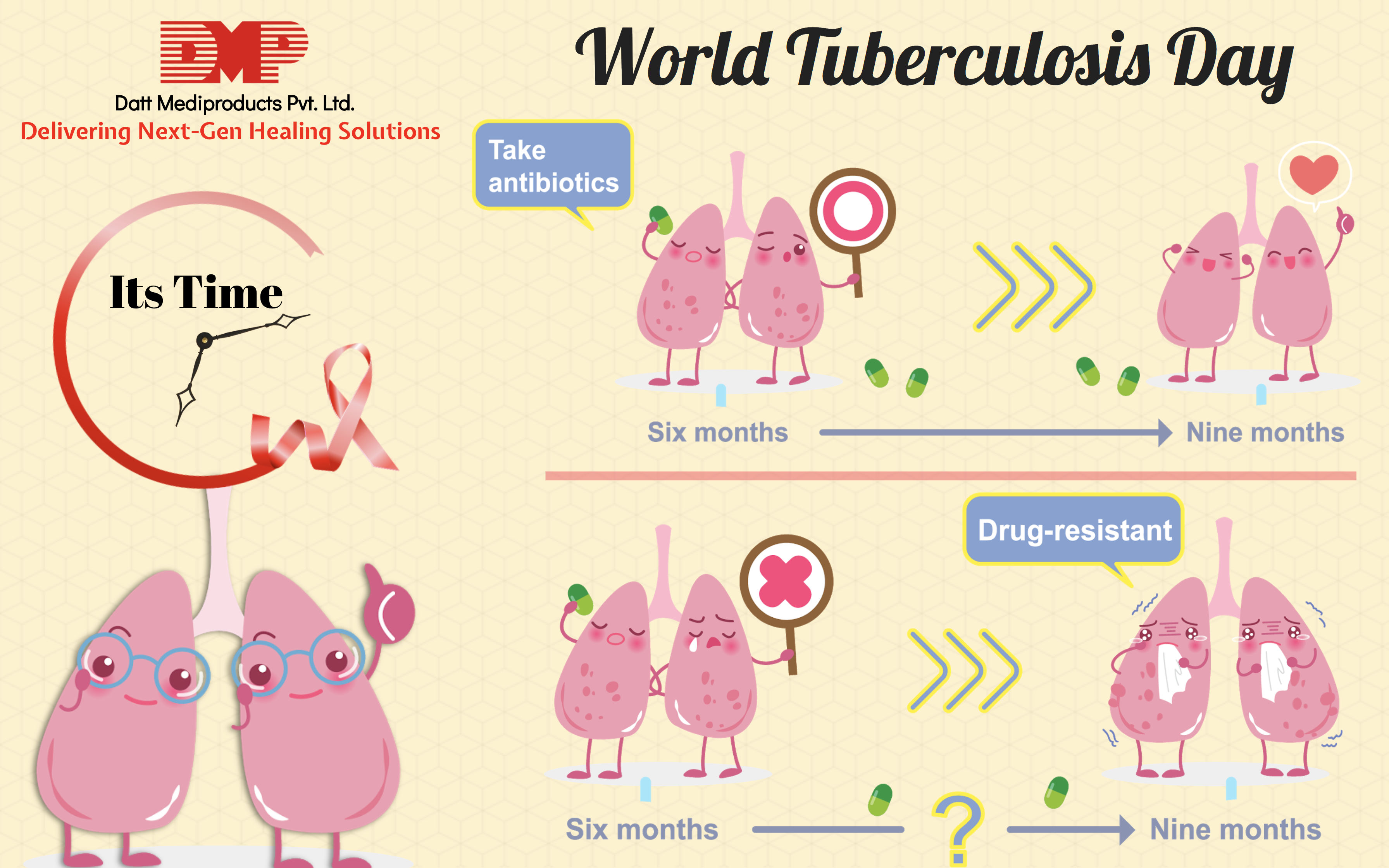 Tuberculosis is an airborne disease which is caused by bacillus and usually affects the lungs. Although Tuberculosis is treatable in the absence of proper treatment, it can be fatal too.

Taking medications in an inappropriate manner or without a doctor’s consultation may also lead to resistance to Anti-Tuberculosis Drugs (ATD).

Drug-resistant TB:
It develops when the drug intended to treat TB is no longer able to kill bacteria. The mode of transmission of a drug-resistant and a drug-susceptible TB is the same i.e. through the air.

When a person with TB coughs, sneezes, speaks or sings, the TB bacillus is put into the air which may then be inhaled by other people nearby and become infected.

In our last blog, we discussed the disease, how it spreads, its symptoms, types and preventive measures. In this blog, we are going to talk about some complications associated with the disease, its risk factors and the theme of this year’s World TB day.

COMPLICATIONS:
Although  TB primarily affects the lungs, it may also spread to other body parts like the brain, heart, joints, etc. through the bloodstream. If it spreads, it may cause sepsis or other problems related to the cardiovascular system and metabolism.

Let us discuss some of the major complications associated with Tuberculosis:

– Tuberculous arthritis: It occurs when TB spreads to the joints especially the hips and knees and damage them causing pain and inflammation.

– Back Pain: Spinal pain and stiffness are other usual problems associated with TB.

– Meningitis: TB spreading to the membranes of the brain can lead to an unusual chronic headache.

– Cardiac Tamponade: It is a rare condition that occurs when tuberculosis spreads to the tissues surrounding the heart. This causes inflammation and fluid retention affecting the heart’s ability to pump the blood. This is a fatal complication.

RISK FACTORS:
There are some factors that increase the risk of catching Tuberculosis.

Following are some of them:

Weak Immunity: With a healthy and strong immune system, we are able to fight TB bacteria but there are certain health conditions like AIDS, cancer, diabetes, kidney diseases, which trigger the risk or people on immune-suppressants because of low immunity.

Substance Abuse: Use of tobacco, alcohol and IV drugs make you vulnerable to the disease.

The Centre for Disease Control and Prevention (CDC) observes “World TB Day” on March 24 annually. This dates back to the year 1882 when Dr. Robert Koch announced his discovery of “Mycobacterium tuberculosis”, tuberculosis (TB) causing bacillus.

The purpose of World TB Day is to educate the public about the impact of TB around the world. This is done by sharing the successes of different partners around the globe and by raising awareness of the various challenges which hinder the progress of disease elimination.

Some stats:
“Under the National Strategic Plan (2017-25), the Government of India is committed to ending TB by 2025, five years ahead of the SDG (Sustainable Development Goal) target – 80% reduction in incidence and 90% reduction in mortality by 2025 from a baseline of 2015.” India finds and treats Missing Million TB cases (Biospectrum 13 February 2020).

The theme of this year’s World TB Day is “It’s Time”.

– It’s time to test and treat latent TB infection: It is important to treat the active TB cases along with the latest ones in order to prevent the progression of the disease.

– It’s time we strengthen TB education and awareness among health care providers: Educating the people and creating awareness about this devastating disease and its treatment is important to control and eliminate TB.

– It’s time to speak up: CDC (Centre for Disease Control) is committed to sharing the experiences of people diagnosed with latent TB. This would help create awareness about the tests and treatment among other people with latent TB.

– It’s time to end stigma: The stigma among certain people of the society needs to end which is keeping the people from seeking medical care for TB. Early the diagnosis, faster would be the treatment.

Whether lungs or spine or joints, TB of any kind can be fatal without treatment. We @ Datt Mediproducts urge everyone to regularly get diagnosed for the disease in case of symptoms appearance and followed by a regular treatment (as recommended by a medical practitioner or a doctor) if diagnosed positive.

Be proactive, get diagnosed, stay safe!