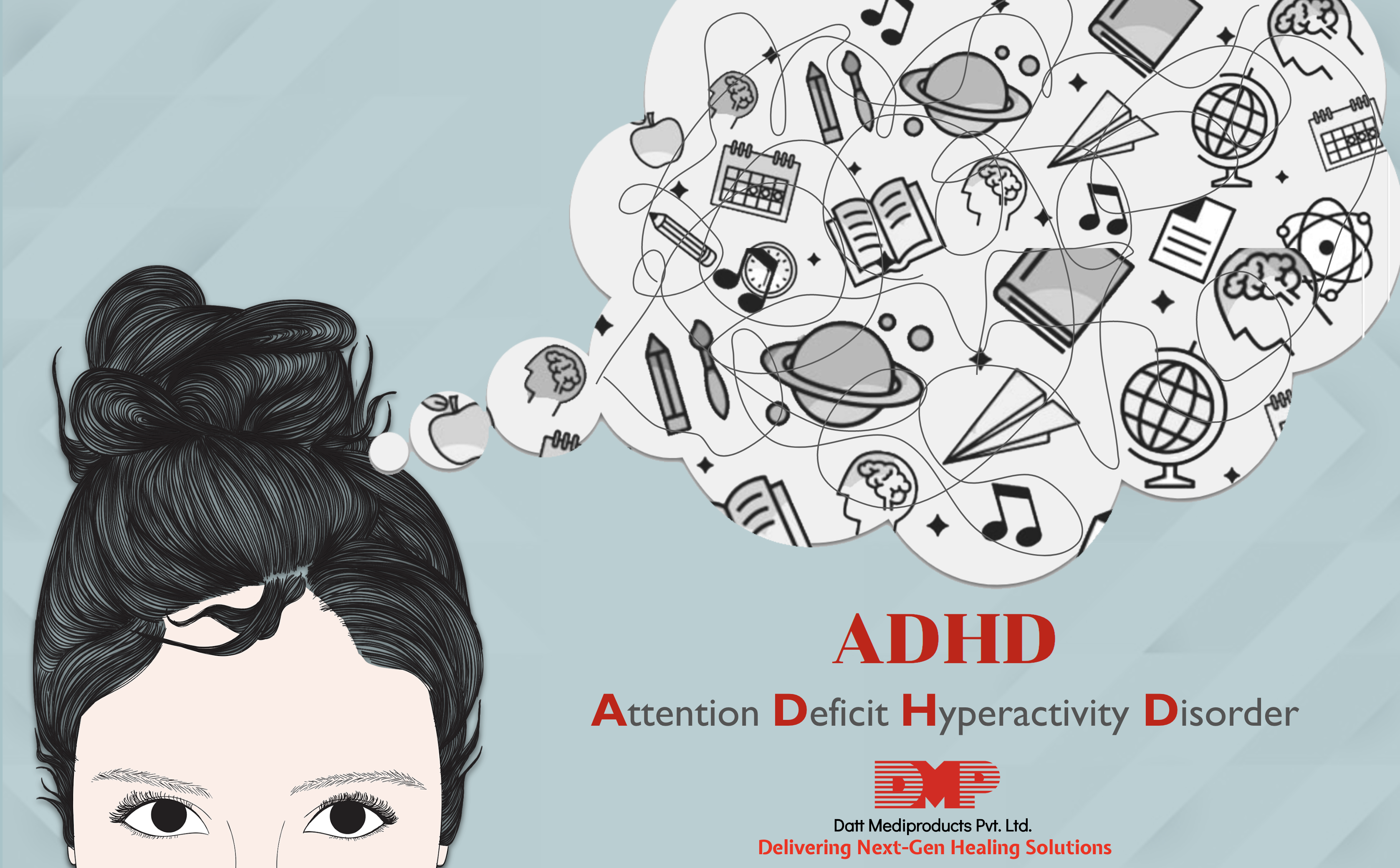 Attention-deficit/hyperactivity disorder (ADHD) is one of the most common neurodevelopmental disorders and is characterized by difficulty to pay attention and control impulsive behaviors.

Although its symptoms begin in childhood, the condition may continue through adolescence and adulthood.

1. Inattention or “Difficulty paying Attention”: People with ADHD lack persistence and often find it difficult to stay focussed. Such people seem disorganized and wander off their current task quite often to start something else.

2. Hyperactivity or “Being Overactive”: It means extreme restlessness, constant activity even in inappropriate situations or when not required.

3. Impulsivity or “Acting Without Thinking”: It involves instant actions that occur in a moment without even thinking about possible harms or long-term consequences.

These behavioral traits are normal but in people with ADHD, these behaviors are much severe, occur more often and interfere with their functioning or reduce the quality of how they function socially, at school, or in a job.

The various factors contributing to the condition may include genetic factors, smoking, alcoholism, brain injuries, premature birth, low birth weight, or exposure to environmental toxins like lead (found in paints & pipes) during pregnancy or at an early age.

The findings of a study published in the PEDIATRICS Journal suggest “an exposure to prenatal tobacco smoke, possibly nicotine may have a prenatal programming effect on the risk of ADHD in children.

HOW CAN WE PREVENT ADHD?

Although the exact causes of the condition are unknown, it risks may be reduced in the following ways:

It is difficult to diagnose ADHD in very young children as there are no specific tests it becomes further inconvenient if the core symptoms don’t start at an early age i.e. before age 12.

Deciding if a child has ADHD may include the following series of steps:

Conventional treatment methods include the following:

We @DattMediproducts recommend counseling a physician to help people and children with ADHD and enroll for additional behavioral therapies to not only help the patients but also to guide families to learn more and be able to help with the condition and associated everyday problems.