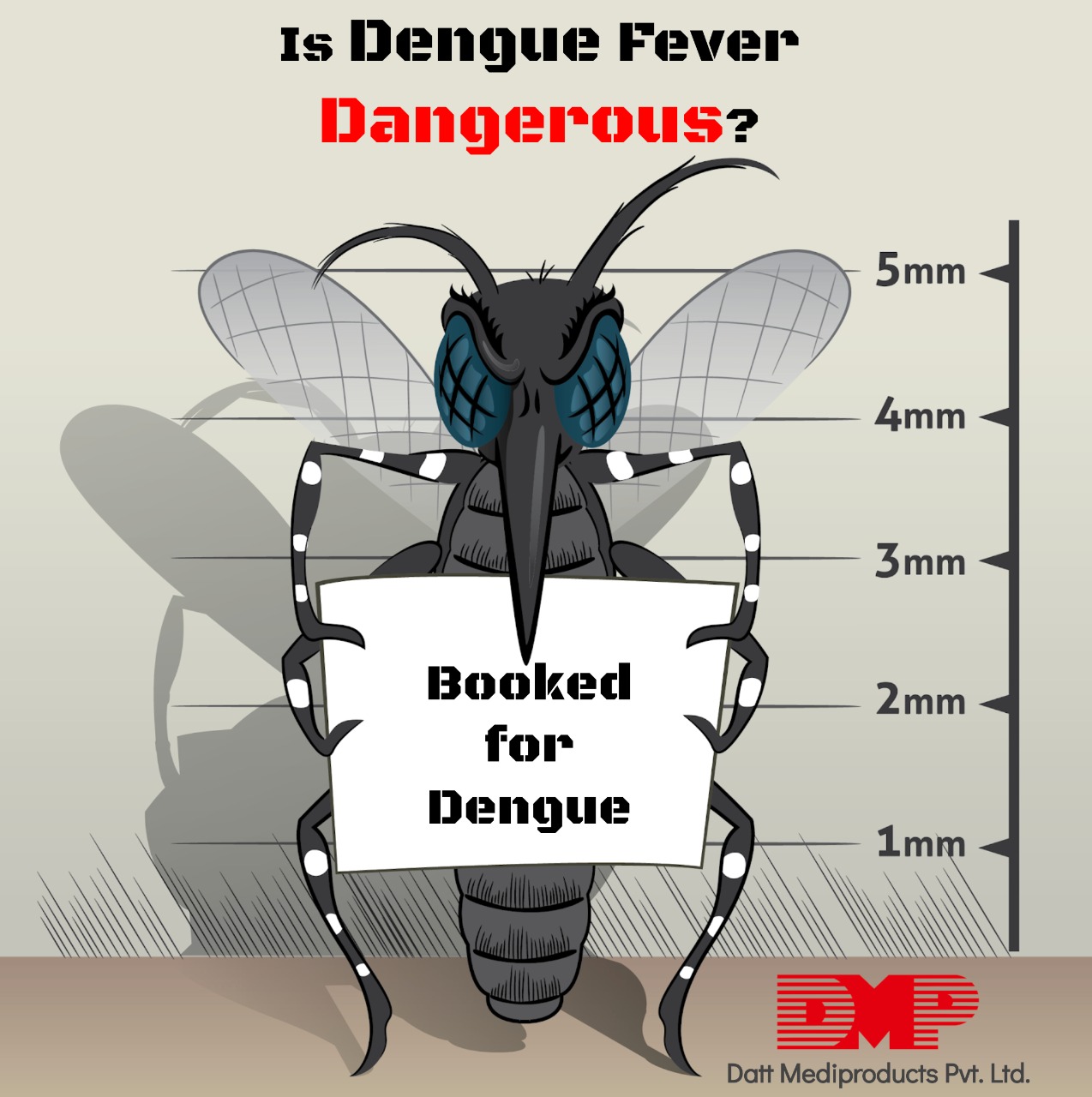 Dengue an infection caused by a family of viruses transmitted by infected mosquitoes. Dengue is the most common arthropod-borne viral (arboviral) illness.

It is caused by a virus of the Flaviviridae family and transmitted by the female mosquitoes of the species Aedes aegypti and sometimes Ae albopictus. People living in the tropical, subtropical areas of the world are at a greater risk of developing dengue.

In our last blog “Stay Safe from the Monsoon Diseases”, we reviewed the distinctive characteristics of Dengue in addition to its differences from Malaria.  We also considered its complications and treatment method in brief.

In this blog, we are going to discuss the symptom of the mild version of the disease and the severe version and some simple preventions.

– The Centre for Disease Control, estimates dengue infecting 400 million people annually.
– Dengue is quite frequent in 100 countries of the world, risking the lives of nearly 40% of the world’s population.
– There are four related Dengue viruses (DENV) 1, 2, 3 & 4, either of which can cause infection.
– The mosquitoes of Aedes species spreading Dengue infection also disseminate Zika, Yellow Fever, and Chikungunya.
– Because of the 4 different virus serotypes, dengue can infect a person 4 times during his/her lifetime.
– WHO reported a 15 fold increase in the number of dengue cases over the last two decades.

Can someone die of Dengue fever?

However, it can advance into a more serious condition known as severe dengue/ dengue hemorrhagic, which can cause severe bleeding and sudden drops in blood pressure.

Typical dengue is deadly in less than 1% and hemorrhagic dengue fever is fatal in 2.5% of the cases. If left untreated, the death rates may shoot up to 20-50%.

The symptoms normally start a couple of days after being bitten. Dengue infection causes high fever coupled with two or more of the following symptoms.

In rare cases, the symptoms can worsen and become life-threatening. In such cases, the platelet count fall drastically. The blood vessels leak and get damaged and the clot-forming cells (platelets) in your bloodstream start to fall.

In such cases, the patient should be admitted to a hospital and would need blood and platelet transfusion.

Watch for the following signs of severe dengue, if you can any of the symptoms go to the doctor or nearest emergency room.

There is currently no widely available vaccine for Dengue. But the first dengue vaccine named DENGVAXIA became commercially available in May 2019.

It was approved by USFDA with major restrictions; it can only be given to children 9-16 years age in the United States. Furthermore only to children who have already had one confirmed prior infection of dengue.

This is in lieu of additional analysis to determine serostatus. The vaccine manufacturer announced that people who didn’t have any prior infection are at a higher risk of developing severe dengue if vaccinated.

We @DattMediproducts understand that there is no cure for Dengue fever and WHO stresses controlling the mosquito population to preventing the spread.

Because our efforts can play a critical role to protect yourself and your loved one from being bitten by taking a few simple precautions.

Wear loose but protective clothing like long sleeve shirts and long trousers, use mosquito repellents and consider using mosquito netting if you will be in an area with many mosquitoes.